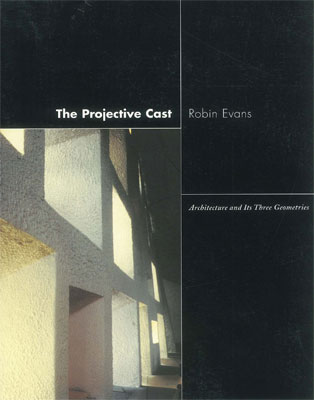 Winner of the 1997 Alice Davis Hitchcock MedallionAnyone reviewing the history of architectural theory, Robin Evans observes, would have to conclude that architects do not produce geometry, but rather consume it. In this long-awaited book, completed shortly before its author’s death, Evans recasts the idea of the relationship between geometry and architecture, drawing on mathematics, engineering, art history, and aesthetics to uncover processes in the imagining and realizing of architectural form. He shows that geometry does not always play a stolid and dormant role but, in fact, may be an active agent in the links between thinking and imagination, imagination and drawing, drawing and building. He suggests a theory of architecture that is based on the many transactions between architecture and geometry as evidenced in individual buildings, largely in Europe, from the fifteenth to the twentieth century.From the Henry VII chapel at Westminster Abbey to Le Corbusier’s Ronchamp, from Raphael’s S. Eligio and the work of Piero della Francesca and Philibert Delorme to Guarino Guarini and the painters of cubism, Evans explores the geometries involved, asking whether they are in fact the stable underpinnings of the creative, intuitive, or rhetorical aspects of architecture. In particular he concentrates on the history of architectural projection, the geometry of vision that has become an internalized and pervasive pictorial method of construction and that, until now, has played only a small part in the development of architectural theory.Evans describes the ambivalent role that pictures play in architecture and urges resistance to the idea that pictures provide all that architects need, suggesting that there is much more within the scope of the architect’s vision of a project than what can be drawn. He defines the different fields of projective transmission that concern architecture, and investigates the ambiguities of projection and the interaction of imagination with projection and its metaphors.