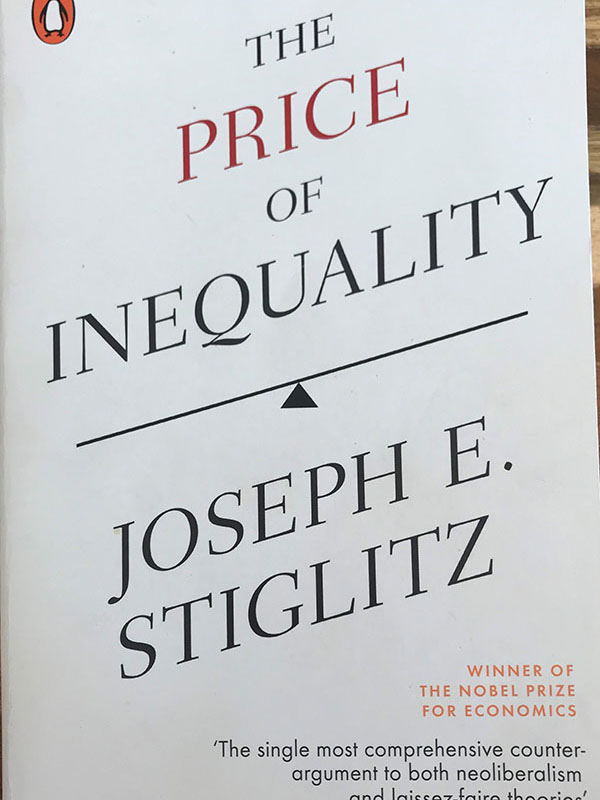 The Price of Inequality

In this timely book, Joseph Stiglitz identifies three major causes of our predicament: that markets don’t work the way they are supposed to (being neither efficient nor stable); how political systems fail to correct the shortcomings of the market; and how our current economic and political systems are fundamentally unfair. He focuses chiefly on the gross inequality to which these systems give rise, but also explains how inextricably interlinked they are. Providing evidence that investment – not austerity – is vital for productivity, and offering realistic solutions for levelling the playing field and increasing social mobility, Stiglitz argues that reform of our economic and political systems is not just fairer, but is the only way to make markets work as they really should.

Joseph Stiglitz was Chief Economist at the World Bank until January 2000. He is currently University Professor of the Columbia Business School and Chair of the Management Board and Director of Graduate Summer Programs, Brooks World Poverty Institute, University of Manchester. He won the Nobel Prize for Economics in 2001 and is the best-selling author of Globalization and Its Discontents, The Roaring Nineties, Making Globalization Work and Freefall, all published by Penguin.


One Simple Idea: Turn Your Dreams into a Licensing Goldmine While Letting Others Do the Work
Warren Buffett's Ground Rules: Words of Wisdom from the Partnership Letters of the World's Greatest ...
Remote: Office Not Required