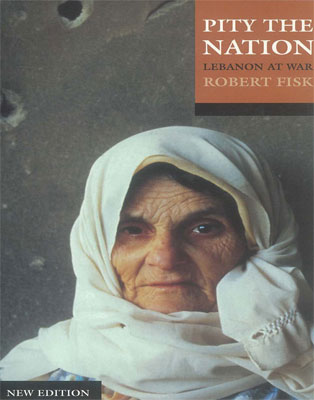 Review from previous edition Robert Fisk is one of the outstanding reporters of this generation. As a war correspondent he is unrivalled.’ Edward Mortimer, Financial Times

`Overall Fisk makes enthralling reading, and his account of modern Lebanon stands out as the most interesting book on the war in recent years.’ Amanda Mitchison, Sunday Correspondent

`Robert Fisk’s enormous book about Lebanon’s desperate travails is one of the most distinguished in recent times, as well as one of the most anguished and hard-bitten … Fisk’s reportage has a power which one expects but so often does not get from journalists. His account of the 1982 Israeli invasion is the best that has been published.’ Edward Said, Independent on Sunday

`a truly tremendous book.’ Time Out

`a hugely and immensely moving book.’ New Statesman and Society

`a devastating witness to the failure of politics to guard mankind against itself.’ Simon Jenkins, Sunday Times

`the sheer accumulation of eye-witness reports has a sort of unstoppable power to convince.’ Patrick Seale, Observer

`Robert Fisk’s poetically written Pity the Nation not only covers his experience of the war, but also digs for the heart of Lebanon.’ Jeremy Atiyah, Sunday Telegraph