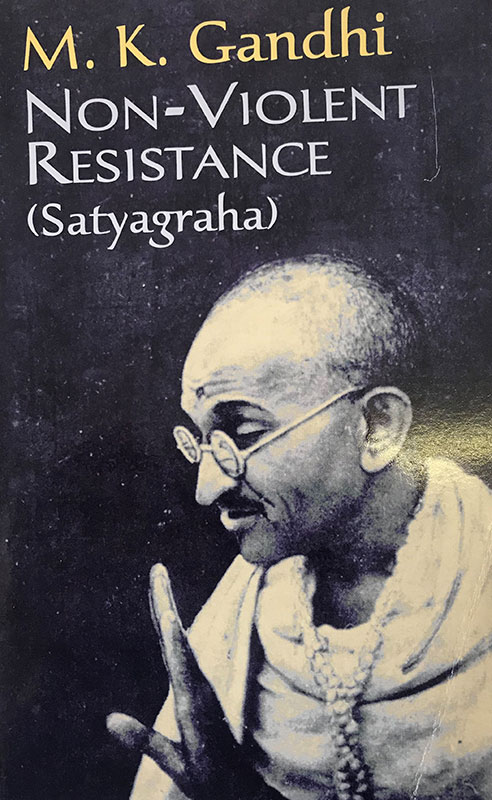 Mohandas Gandhi gained the deep respect and admiration of people worldwide with both his unwavering struggle for truth and justice and his philosophy of non-violent resistance — a philosophy that led India to independence and that was later taken up by the American civil rights movement. This volume presents Gandhi’s own clear and consistent vision of that philosophy, which he calls Satyagraha — literally, “holding on to the truth.” Through Satyagraha, one brings about change by appealing to the reason and conscience of the opponent and puts an end to evil by converting the evil-doer.
The book begins with an introductory explanation of Satyagraha, including a description of how it differs from passive resistance and what it has in common with the civil disobedience of Thoreau and non-cooperation in general. It proceeds with detailed discussions of discipline and self-control, including living simply, recognizing the unity of all loving beings, and serving one’s neighbors wholeheartedly; the courage and training necessary for the Satyagrahi; successful on-cooperation and civil disobedience; political power and Satyagraha, the development of a non-violent army; the use and effectiveness of such techniques as non-payment of fines and taxes, social boycotts, fasting, sympathetic strikes, and other forms of non-cooperation; women and picketing; and many other topics.
Invaluable to ethicists, political philosophers, students, and participants in the ongoing struggle for human rights, this inspiring book is as relevant today as it was when first published half a century ago.