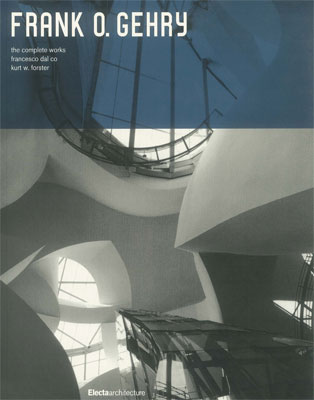 Los Angeles-based architect Frank Gehry is one of the greatest architects of the 20th century, with his Guggenheim Museum in Bilbao, Spain (1997), heralded as one of the most important buildings of our time. Gehry, who was born in Toronto, first gained attention in the early 1970s with several quirky projects – among them the Davis Studio and Residence in Malibu, the renovation of the Hollywood Bowl, and his own residence in Santa Monica – that explored and stretched the idea of modern architecture and established his as a unique voice on the architectural scene. Gehry re-examined perspective and geometry and at the same time became interested in inexpensive, popular materials (corrugated metal, chain link, plywood) and raw finishes. These themes metamorphosed into projects in Los Angeles like the Temporary Contemporary Museum (1982-83) and the Loyola University Law School (principal stages, 1978-early 1980s), and the Indiana Avenue Houses (1979-81) and the Chiat/Day Building (1985-91) in Venice, California. Beginning in the 1990s Gehry has experimented with complex forms and sculptural geometries, and his work includes a group of significant cultural projects, among them the Vitra Design Museum in Germany, the American Centre in Paris, the Frederick R. Weisman Museum at the University of Minnesota, and the Walt Disney Concert Hall in Los Angeles. This monograph showcases the enormous variety that has always characterized Gehry’s work: it includes not only his buildings, but also his fish sculptures, cardboard and bentwood furniture series, many exhibition designs, collaborations with artists, and his earliest projects – those from the late 1950s through the 1960s, most of which have never been published. Incisive essays by the two authors introduce the book and include thought-provoking comparative photographs that place Gehry’s work in the context of contemporary architecture and art movements. Following the introductory essays, Gehry’s buildings and projects are showcased in chronological order, begin