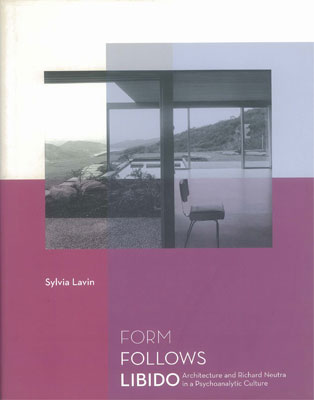 Lavin shows that Neutra’s redirection of modernism constituted not a lyrical regression to sentimentality but a deliberate advance of architectural theory and technique to engage the unconscious mind, fueled by the ideas of psychoanalysis that were being rapidly disseminated at the time. In Neutra’s responses to a vivid range of issues, from psychoanalysis proper to the popular psychology of tele-evangelical prayer, Lavin uncovers a radical reconstitution of the architectural discipline.

Arguing persuasively that the received historical views of both psychoanalysis and architecture have led to a suppression of their compelling coincidences and unorthodoxies, Lavin sets out to unleash midcentury architecture’s hidden libido. Neither Neutra nor psychoanalysis emerges unscathed fro